The Mother Tongue-­‐Based Multilingual Education pilot program is a Ministry of Education initiative aimed to ensure that all learners from disadvantaged backgrounds who have traditionally lacked access to education will be benefit from literacy and content learning, to valorize and build upon local community languages, cultures and identities, as well as to facilitate the learning of additional languages, most immediately the co-official languages Tetun and Portuguese. In January 2013, the Ministry of Education implemented a pilot project of Mother Tongue-­‐Based Multilingual Education–MTB-­‐MLE in the three Municipalities of Lautem, Manatuto and Oe-cusse Municipality. The National Commission for UNESCO was named as project implementer to perform and provide application of teaching methodology. The strategic plan of Ministerial Circular (28/09/2012), had been stated twelve schools covered six preschools and six primary schools. However, two schools of them were discontinued during the pilot project implementation, as they were located in urban areas. Thus, the pilot project remained ten schools comprising five preschools and five primary schools. MTB-MLE pilot project is implemented between 2013 -2015, and this year is the third year of pilot project implementation. 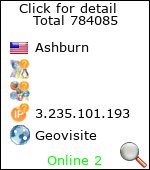