Are you enthusiastic and interested in supporting Timor-Leste’s fight against HIV, tuberculosis and malaria? If so, the Country Coordinating Mechanism of Timor-Leste (CCM-TL) is looking to fill an expected vacancy for the position of Executive Secretary and we would love to hear from you.

The Executive Secretary heads the CCM-TL Secretariat and works under the guidance of CCM-TL Chairperson and other CCM-TL members to ensure effective and efficient functioning of the CCM-TL.

The CCM-TL Secretariat supports the decision-making and other functions of the CCM-TL and its committees, including the Oversight Committee and the Proposal Development Committee. The Secretariat is not a CCM-TL member, but provides operational support to facilitate optimal performance by the CCM-TL.

The CCM-TL Secretariat’s functions are set out within the CCM-TL Governance Manual, which requires the CCM-TL operate with transparency and objectivity in accordance with Regulatory Framework (e.g. Conflict of Interest Policy etc.) The role is based in Dili but may require occasional travel within Timor-Leste and/or internationally.

In 2016, the CCM-TL Secretariat role will expand to encompass support for Timor-Leste as the Delegate to the Global Fund Board, representing the South East Asia Constituency.

The function of the CCM-TL Executive Secretary is to facilitate the work performed by the CCM-TL and its Committees by supporting:

END_OF_DOCUMENT_TOKEN_TO_BE_REPLACED 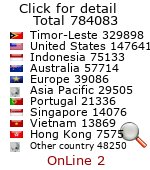